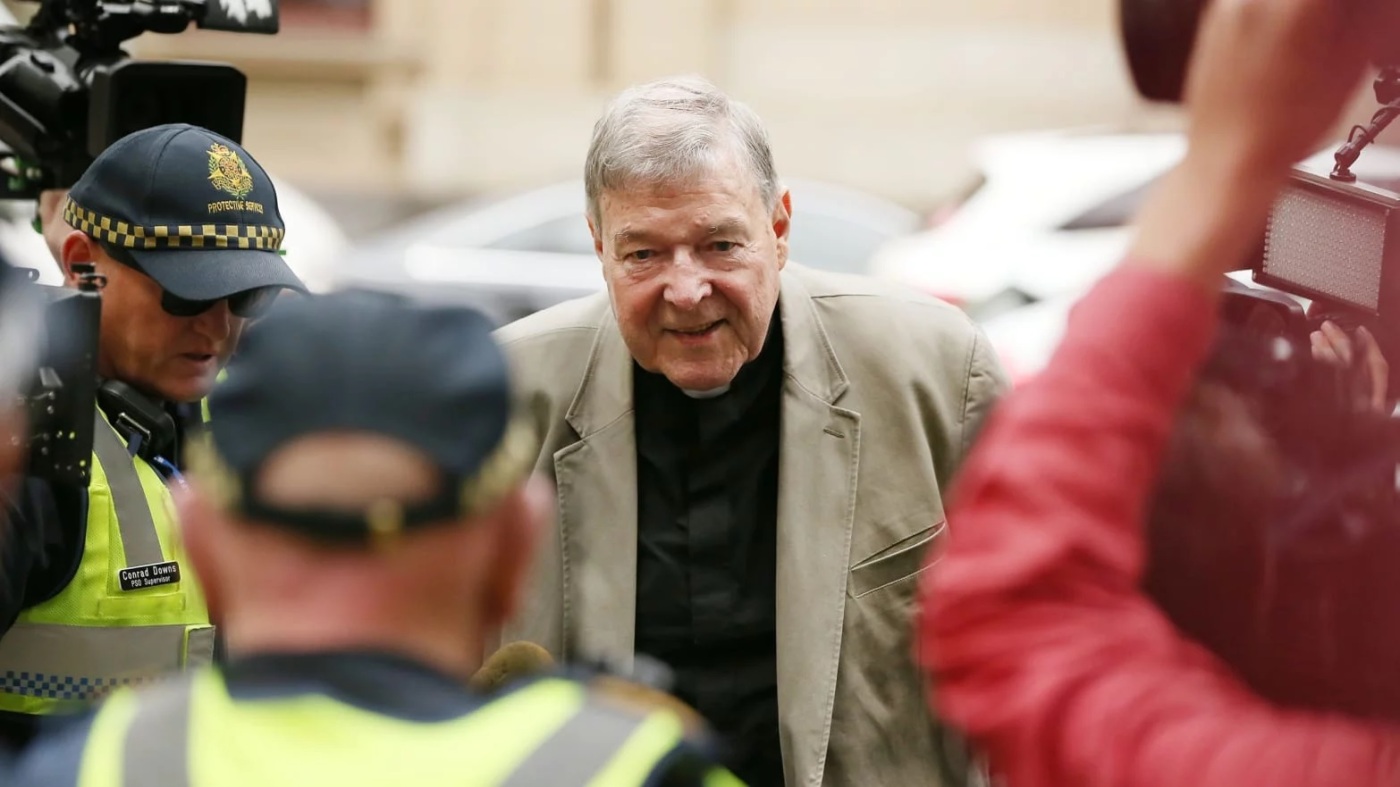 When you hit rock-bottom, you should probably stop digging.

I thought the scandal over the sexual abuse of children (and nuns) in the Catholic Church had reached rock-bottom earlier this week.

During a sermon ostensibly crafted to turn the page on the decades of abuse and usher in a new era of accountability, Pope Francis instead veered off-course into the pathetic excuse-making and minimalization that was so prevalent before. Well, at least he did not deny any abuse happened as was the policy for several generations of Popes.

Pope Francis basically said of the pedophile priests, “The devil MADE them do it.” And he spoke of Pagan ritutals where children were sacrificed as a way of kind of saying, “So getting raped is not so bad as getting sacrificed, right?”

RELATED: The Devil Made Them Do It

Convicted pedophile Cardinal George Pell, a former close adviser to Pope Francis and the former Treasurer of the Vatican, was in an Australian court for a sentencing hearing.

Pell’s attorney, Robert Richter, argued that Pell had likely been “seized by some irresistible impulse” and that there were “no aggravating circumstances” involved. He added that the act was a “plain vanilla sexual penetration case where the child is not actively participating.”

The attorney would also go on to stress that once of the two assaults was “fleeting” because as we all know, rape is so much less traumatizing for the victim if the attacker gets it over with quickly.

He ended with an even more stunning move, questioning whether the sexual assaults Pell had perpetrated had really had such a detrimental effect on the boys by noting that the victims had not immediately reported the abuse to their parents and would have showed signs at home if they were “truly distressed.”

The Guardian reports that Richter issued an apology today.

“In seeking to mitigate sentence I used a wholly inappropriate phrase for which I apologise profusely to all who interpreted it in a way it was never intended: it was in no way meant to belittle or minimise the suffering and hurt of victims of sex abuse, and in retrospect I can see why it caused great offence to many.”

But let’s not forget, this is a child sexual abuse trial, and this is the Catholic Church. After apologizing in a formal statement to the judge, Richter walked back the apology, saying his statements on behalf of his client were taken out of context and blaming the media for sensationalizing the crimes and the lawyer’s statements for profit.

“I accept that the media chose to report it because it sells but it was never intended for them. In retrospect, I regret using a term well understood by lawyers and judges which is open to misinterpretation by those who do not understand the process of plea making after a conviction when the accused still maintains innocence; I was after all conceding that the conduct required imprisonment rather than arguing for a non-custodial sentence. I was trying to put it within a range which would avoid the kind of excessive number of years for which the crowd is calling.”

Pell’s attorneys plan to appeal his convictions, and stunningly, legal experts believe the appeal may succeed. If the appeal is successful, there is not expected to be a new trial. Once an appellate court decides a jury’s guilty verdict was unreasonable based on the evidence of the case, it makes it nearly impossible to get a guilty verdict in a subsequent trial using the same evidence.

Maybe if the Cardinal is freed, Pope Francis can give him his old job back?