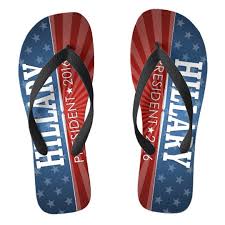 Here is a preview of the campaign Republicans will run against Clinton this fall.

John Kerry was forever labeled a flip-flopper during the 2004 Presidential election over one vote he changed and gave a poor explanation for in an interview. The Hillary Clinton of 2016 is almost the opposite of Hillary the First Lady from the 1990’s on the important issues, and she will have to do a better job of explaining why than John Kerry did.

The part of the video that is most troubling is the first segment involving same-sex marriage, in particular, the segments from the June 2014 interview with NPR’s Terri Gross. It is almost painful to listen to.

Hillary Clinton was absolutely firm in her opposition to same sex marriage for nearly two decades. Then the Supreme Court legalized same-sex marriage, Caitlyn Jenner happened, and all of a sudden support for LGBT rights became one of the critical cogs in the Democratic platform.

Lo and behold, suddenly, Hillary Clinton positions at the vanguard of this movement, an unquestioned supporter of same-sex marriage and an earnest supporter of LGBT rights. The way she attacks Terri Gross in the interview, the way she seemingly always acts as if everyone else is lying or distorting her positions, the way she cannot ever seem to say that in hindsight SHE WAS WRONG, it is the biggest reason Hillary Clinton failed to beat Barack Obama in 2008 and the biggest reason why she is struggling against Bernie Sanders in 2016.

This is very troubling. Many voters dislike Hillary Clinton specifically for this attitude, this ‘attack with accusations’ instead of ‘answer honesty’ that seems to occur every time any action or position she took is called into question.

Bernie Sanders made a great point last night in the debate when he spoke of Hillary Clinton’s experience, particularly four years as Secretary of State, being something he cannot match with a specific line from his own resume. But he cautioned that there is a big difference between experience and judgment, and that is should be judgment that voters find the determining factor.

Sanders is correct that while experience matters, judgment matters more. That someone has been in a situation before means little if they made the wrong decision before, and instead of learning from it, are convinced they were right and will make the same decision again.

It matters that Sanders was right on the Iraq War resolution and Clinton was wrong. But rather than attacking Sanders, and blaming Republican lies, and using weasel-words to try to mitigate the damage, why will she not just admit she was wrong and put it behind her? Along with Wall Street, Sanders has put Clinton’s Iraq vote at the top of his campaign’s talking points. Why not neutralize it by accepting blame and moving on?

This election is not about 2002, it is about 2020. She should say she made a judgment based on the evidence presented. That yes, she got it wrong THEN, but after spending eight years in the Senate and four as Secretary of State, she learned a lot and is absolutely confident she will get it right when she has to be the Commander in Chief making that call instead of a Junior Senator.

So her position on same-sex marriage changed, or evolved as she sometimes calls it. That does happen. She should go into detail on how and why (and WHEN) her position evolved. When it looks like every time she was asked in the last fifteen to twenty years her position on same-sex marriage, and every single time her ‘position’ was almost word-for-word the majority (or most popular) opinion at the time, it is fair for Terri Gross (and for voters) to ask if she changed her position every time the polls changed OR if she is simply the most amazing human barometer of public opinion ever to seek elected office?

Hillary Clinton has the experience. Sure, that becomes a negative for her and a positive for Bernie Sanders is if Clinton keeps allowing past mistakes to become today’s talking points. She needs to move past this, apologize if she must, and focus on how her experience will be an asset going forward.

Hillary Clinton has the money. Sure, Bernie Sanders is doing his best Barack Obama impression and breaking the internet with his fundraising drives. But he needs every cent, and even if he maintains his fundraising pace, he will not be able to match Clinton dollar-for-dollar.

Hillary Clinton has the Super Delegates. Sure, they can change their minds down the road, but they are a valuable firewall for Clinton. Based on pledged Super Delegates so far, despite a near tie in Iowa and an annihilation in New Hampshire, Clinton leads by more than 400 delegates and is 1/6 of the way to the nomination while Sanders is still stuck near ‘Go’.

Hillary Clinton has the African-Americans. Sure, with Iowa and New Hampshire both showing over 99% of those voting were white, the African-Americans have not really weighed-in yet so it is only an assumption they will stick by Clinton. For her part, Clinton is pandering so hard I am shocked she has not yet rolled out an ‘African’ alter-ego, maybe ‘Hill Nae Nae’, she can use while she talks of her childhood growing up as the grandchild of poor sharecroppers. She has cozied up to Barack Obama, and spoke so gushingly of him lately, Michelle is likely getting jealous.

Hillary Clinton has the baggage. Sure, half of it belongs to or was a gift from Bill, but she carries more negatives and more scandals (real and alleged) than anyone to every seek the highest office. Did she cover up Bill’s extramarital affairs, some of which are alleged to have been non-consensual in nature? Did she profit illegally from Whitewater, or from insider trading, or by using the Clinton Foundation and her position as Secretary of State to do paid favors for foreign nations? What did she really say in those Goldman Sachs speeches? What did she really say about Barack Obama during the tough 2008 primary? What really happened the night of Benghazi? What was on her email server, what was in the 30,000 emails she deleted instead of turned over, and what will come out when the last batch of emails are released February 29th, the day before Super Tuesday?

Most importantly, can the voters really trust a single word that comes out of her mouth?